At the 2019 Street Child Cricket World Cup 2019 teams from eight countries competed for the first ever title.

With the generous support from several sponsors and the relentless effort of Friends of Street Children Bangladesh, LEEDO sent four girls and four boys to represent team Bangladesh at the first ever Street Child Cricket World Cup in England 2019.

The charity Street Child United organizes sports events prior to the professional competitions to raise awareness and tackle the widespread stigma faced by street-connected children, inspiring countries, governments and communities to better protect, respect and support street-connected children worldwide. After several street child football world cups and an Olympic style games, the first ever cricket competition was held in Cambridge and London in combination with arts and Congress for their rights. 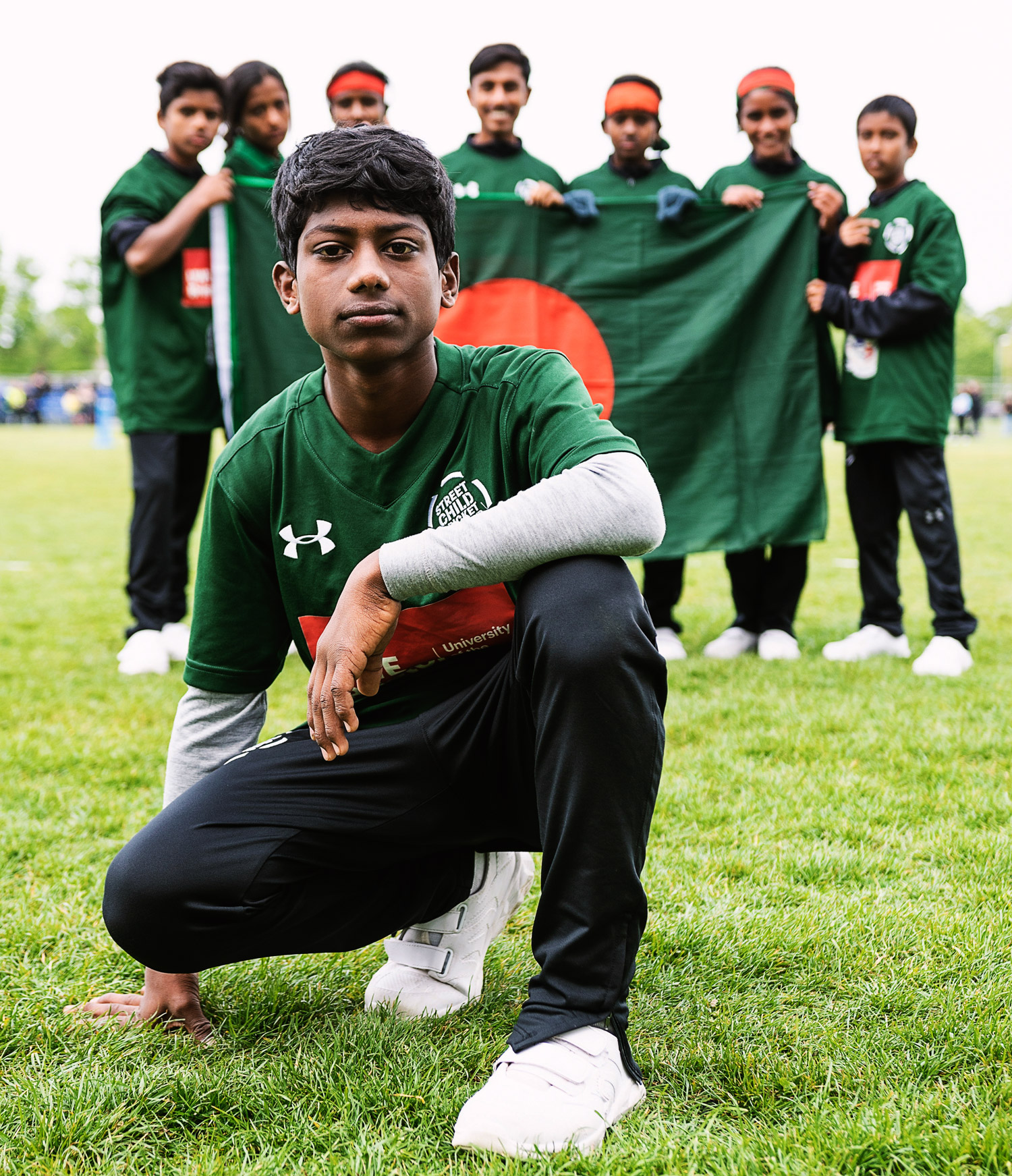 The bamboo workshop was designed to generate awareness on livability standards within the community and on the use of sustainable resources. It also worked on explaining to the young architects the role of a user in designing their own spaces. We planned the 12 day design build workshop to guide the participants into unlearning the conventional models of design, where design is usually preconceived, made mostly through computer generated modeling or through the top down design method. We guided participants to learn design through participation and building through apprenticeship. Sessions were designed to help learn how to work with the people – the bamboo construction facilitators, the children’s community, the craftsmen and the artists.

Next to Bangladesh other cricketing nations like India (North and South), West Indies and England also participating in the professional tournament later this year were represented. Expectations towards the other participating nations Mauritius, Nepal and Tanzania were not too high as cricket is not widely spread in these countries.

As many children do not have any form of legal identity like birth certificates, passport applications imposed a first major challenge. But with a lot of support in and outside of Bangladesh all children received their first passport and were issued their UK visas in time.

After their first ever flight with a short stopover in Doha, the children were warmly welcomed at Heathrow airport. A welcome reception in Canary Wharf on the 39th floor overlooking London gave the slightly tired girls and boys a first taste of the amazing events lined up over the coming days. 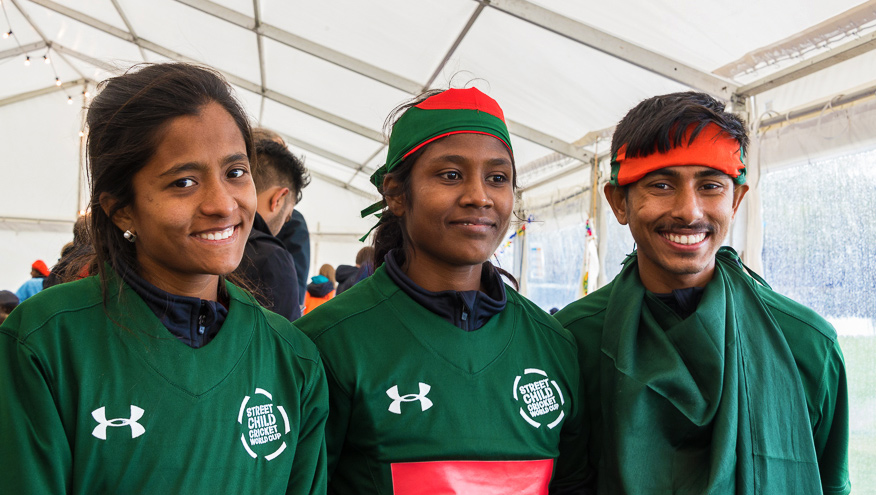 The cricket group stage and many other exciting arts and culture events took place in Cambridge where the children met the other teams from across the world. An excursion to London gave the children an opportunity to get to know children from other countries and overcome first inhibitions and language barriers. Welcomed by former Prime Minister Sir John Major at the Oval Cricket Ground and a reception at Westminster attended by several MPs gave the children a first impression of the importance of the Street Child Cricket World Cup.

Next to cricket and art workshops the children were led through discussions about the problems and challenges that street children face. Children from different parts of the world shared their stories and experiences and found similarities in the problems they faced. In the search for possible solutions every team summarized what they demand politicians and policy makers to change.

The highlight of the tournament was the finals held at Lord’s Cricket Ground where the final of the ICC Cricket World Cup will be held on the 14th of July. At the “Home of Cricket” Team India South won the cricket, but all the young people showed they are champions. In the final assembly every team got the opportunity to directly address world leaders.

After saying goodbye to all the new friends made across the world, team Bangladesh returned to London where a final cricket match was held against MPs in front of Westminster. The game was umpired by the High Commissioner of Bangladesh who also attended the following reception in Westminster and had a message for the children: 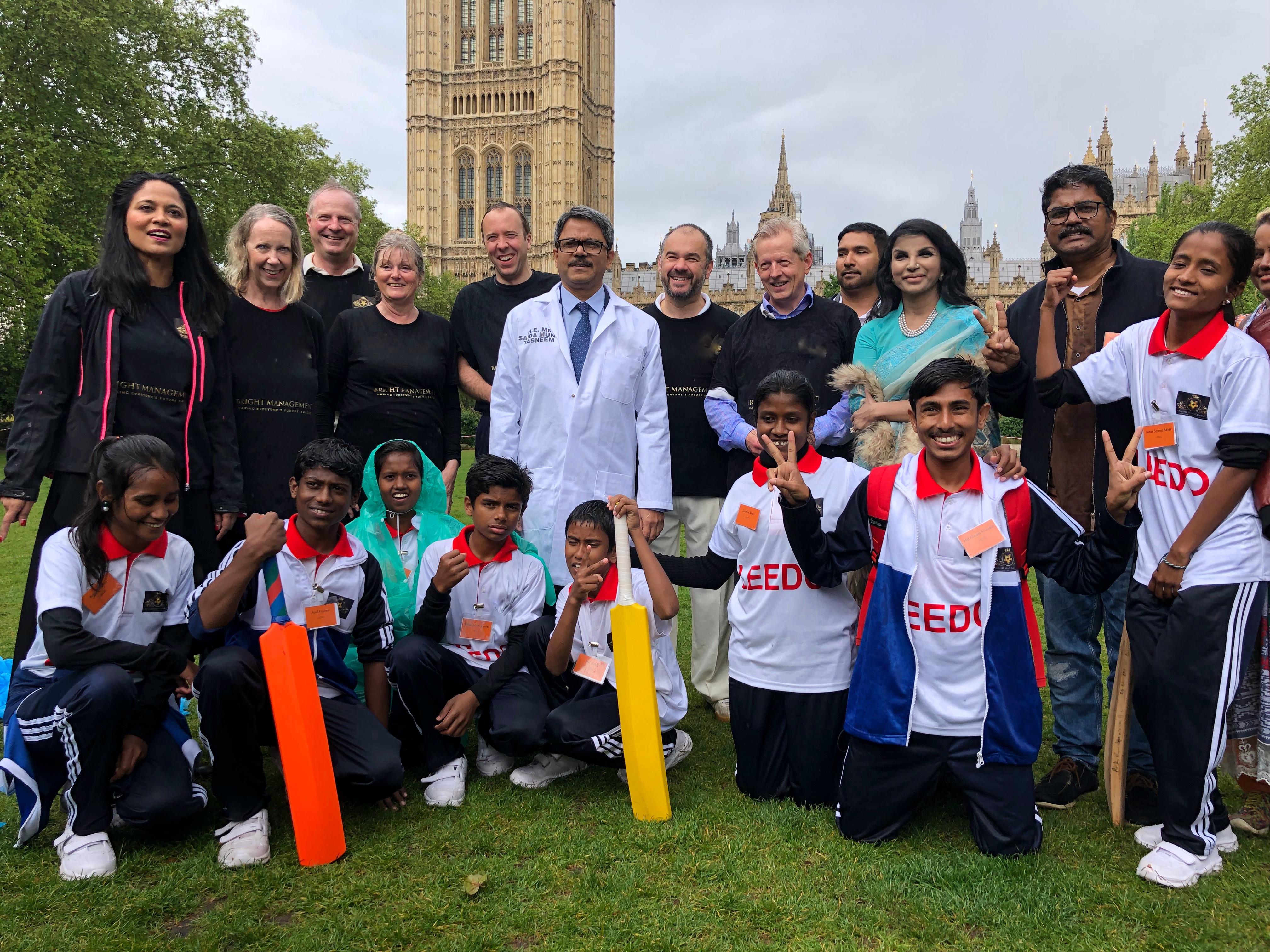 Some of these children were living on the street not long ago, were sexually abused and fought for their survival ignored by the society. These children made their country proud and addressed politicians with the problems they have faced and several thousands of children around the world still face. LEEDO is committed to continue the fight for the rights of street children because: The Street is no Home!

When we came to the Street Child Cricket World Cup, we learned why it is so important to have a legal identity. We need to be able to prove that we are citizens of Bangladesh so that we have rights and dignity. Without a legal identity, I have no rights as a citizen of Bangladesh. We call on the government to create laws to provide a legal identity for all street children; to stop engagement of all children under 18 in any form of labour, particularly hazardous and dangerous work; to ensure primary education for all children; and to make a new law to stop all marriages for young people under the age of 18.”

Find out more about Street Child United at: https://www.streetchildunited.org/