A new Bamboo Play Square for our Peace Home

On 3rd May, 2019 an opening ceremony of 2nd  Bamboo Playground “Asho Kheli” has been organized. Many guests joined this program at 4:00pm. It was an inclusive place for all. This is a very new way of making architecture, and thinking about public space in Bangladesh. The play space will exist for two years, with a series of innovative programmes to accompany it over the year. Along with the space being dedicated to the children of LEEDO Peace Home, Paraa has organized and invited a variety of leading creatives from Bangladesh to respond the new place. This was span from experimental fashion performances, led by Jatra, and showed their “Rongbaji” collection, in a fashion performance by dancers, curated ny Anusheh Anadil.  Afsana Ferdousi showcased her upcycled T-shirt and silk collections. 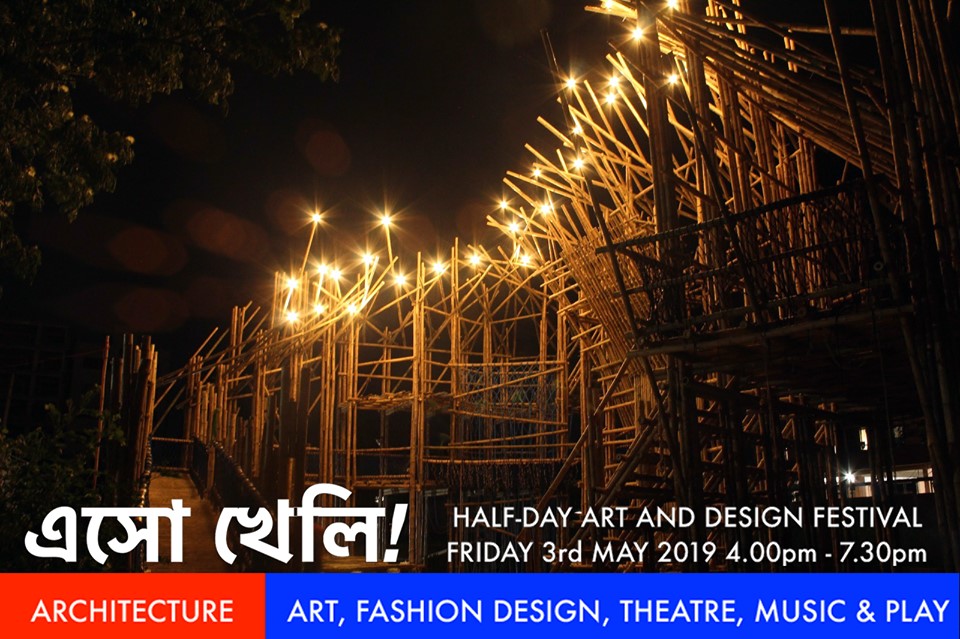 As part of the making of the Bamboo Playspace process Paraa held on architectural design competition, with the children of LEEDO selecting two winning groups of architecture students from BUET and Brac University. They jointly developed the final design and helped building with support from Paraa and a team of skilled bamboo craftsmen.

Alongside this, Paraa collaborated with Epiphania Visuals to put forward on Open Call to Fine Artists. There was an opportunity to engage and saw a response to this along the concept of ‘Heerak Rajar Deshe’ by Epiphania Visuals.  Additionally, here was a new short production of theatre, developed by Prachyanat Theatre, with fourteen children of LEEDO Peace Home. This has been developed with the children in a series of intense workshops, to develop the story on site and would feature costumes, along with many of the children performing. Our peace home children performed dancing, singing and drama. Lots of fun was there. Every one enjoyed the party. From LEEDO 7 stalls were installed, registration desk, token desk for buying things, mango juice, lemon juice, tea  water bottles and Wapples. Finally, the evening has ended with live musical performance by some prominent artists and Beatmosphere doing a live acapella.