The second wave of corona has started across the country. According to the World Health Organization, the only way to stay safe at home by washing your hands frequently with soap and water and avoid public gatherings. In a country like Bangladesh, is it so easy to keep all the people in the house talking about staying at home together? Where most people do not have a house?  Various disasters have hit the country like Corona. 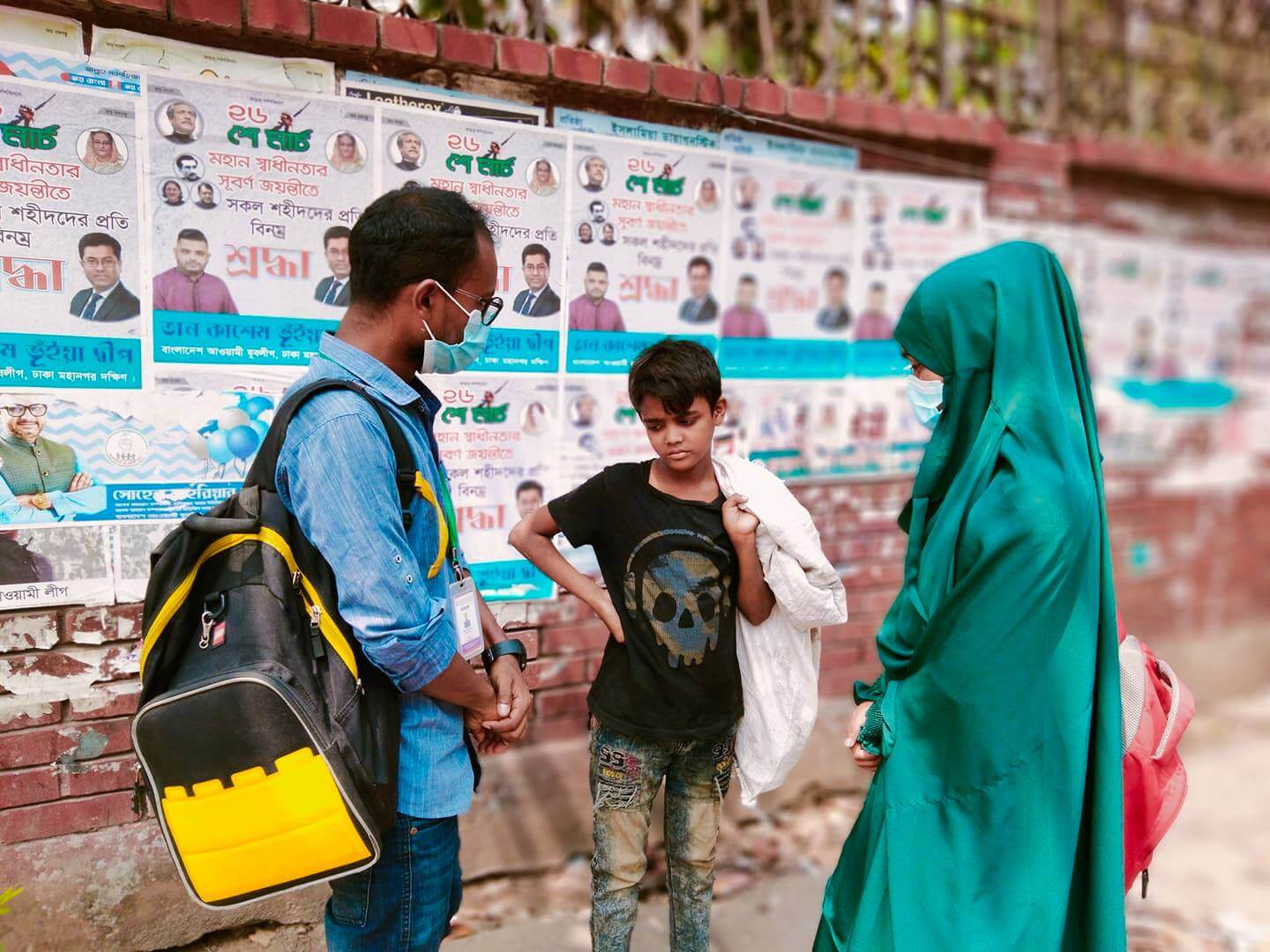 In September last year, a report in the Internal Displacement Monitoring Center, a Swiss-based organization, said that in the first six months of last year, about 25 lakh and 20 thousand people lost their homes in Bangladesh due to natural disasters. At least 40 lakh people were lost their houses in the first six months of last year, according to Disaster Management Organization. This picture is only six months of a year. Apart from disasters, the number of people who have lost their homes due to various reasons including extreme poverty, political violence, conflict and poverty is easily understandable. Who keeps the track of where these huge people are, whether they get a house or not.

After losing house people came to Dhaka hoping to get their fortune back. Do they know what this city has for them? They don’t know that they will die without food in this city. There are ministers, mayors, leaders, bureaucrats, councilors, and social workers who sacrifice their lives for the party. But they do not know that there is no one to see these helpless people. In the lockdown, the middle class is getting poorer and the poor are getting the poorest. And we don’t think there is a need to point fingers at the condition of homeless people. 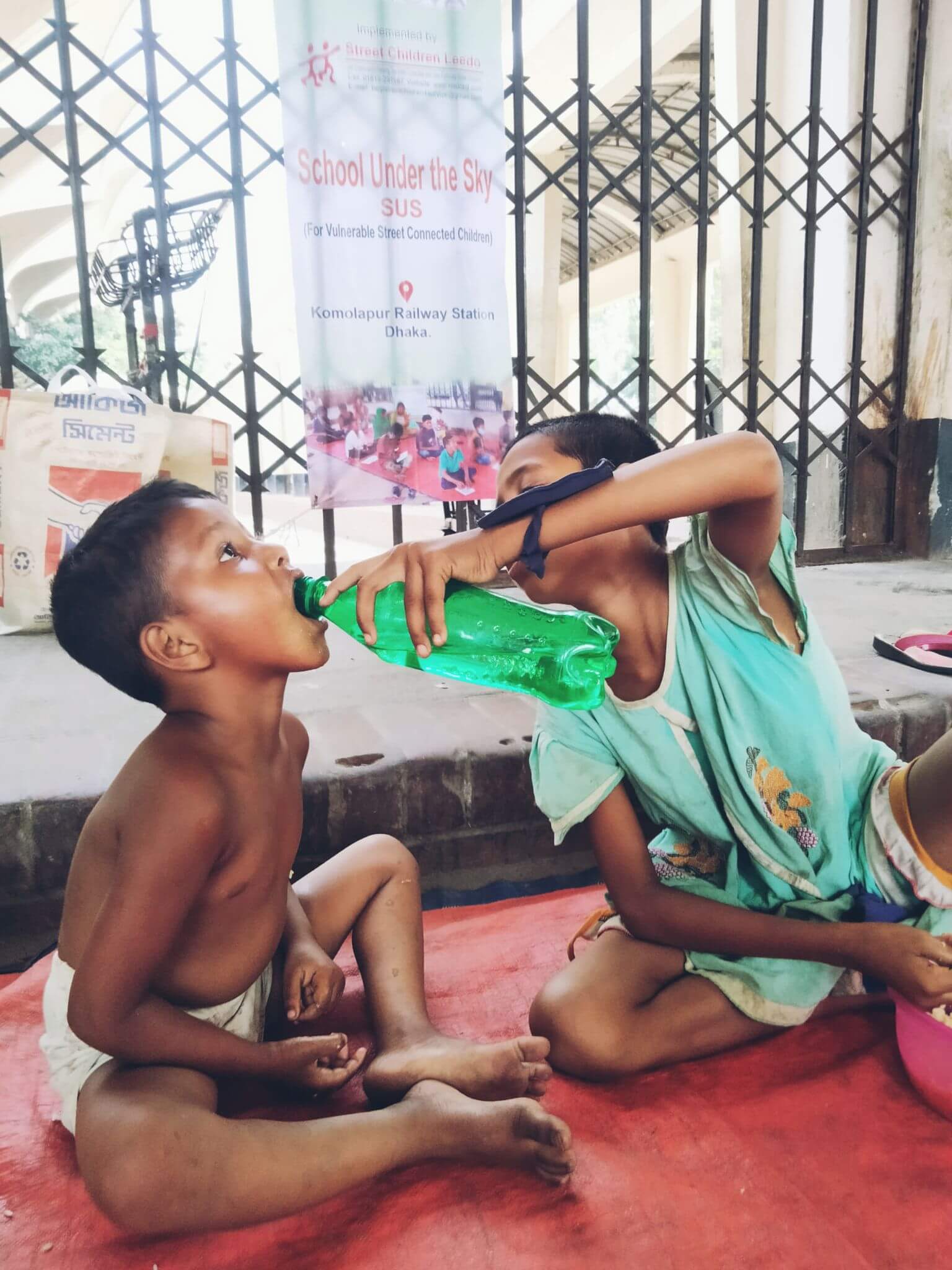 How many people lost their jobs from last year’s lockdown to this year’s lockdown, could not estimate? The main source of income for street children is to carry loads, work as porters at railway stations, launch terminals or bus stations, work as employees in food hotels, sell water bottles on foot, sell flowers and pick up paper or bottles etc. As a result of the lockdown, people are not coming outside, shops are not opening and vehicles are closed. With that closed their income source. They could not get foods. But these children do not eat? Will they survive? 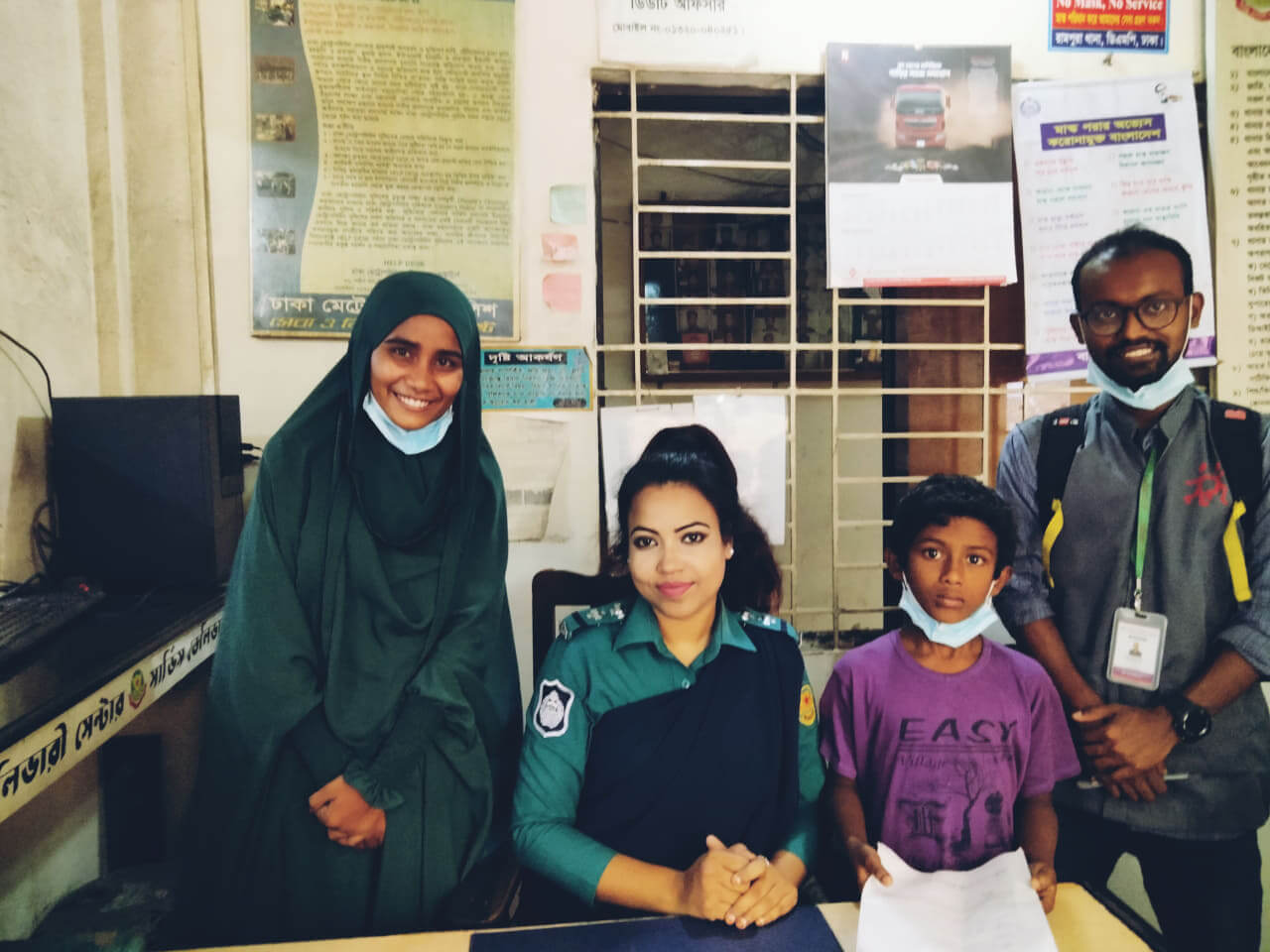 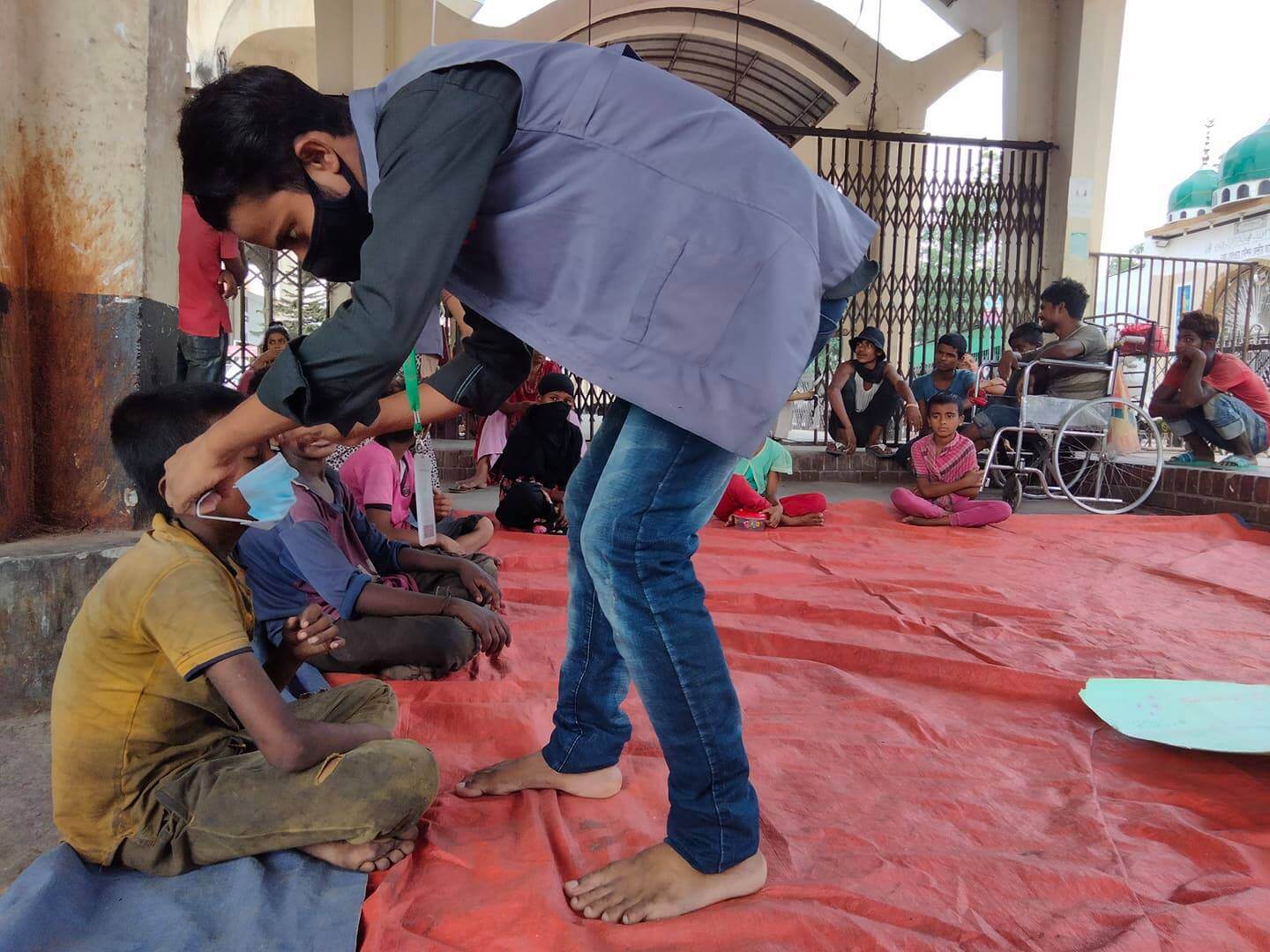 The government has imposed a nationwide lockdown since April 5, and on April 8, the finance ministry offered Tk. 2,500 to 35 lakh families before Eid at the Prime Minister’s Office. It was also decided last year but not included vulnerable street connected children and need people who are living on the streets. The list includes the names of rich families. With this assistance, where there is no place in the list of lower middle class or lower class families, all these street children without families remain out of reach. No one sees or finds them for any kind of help. 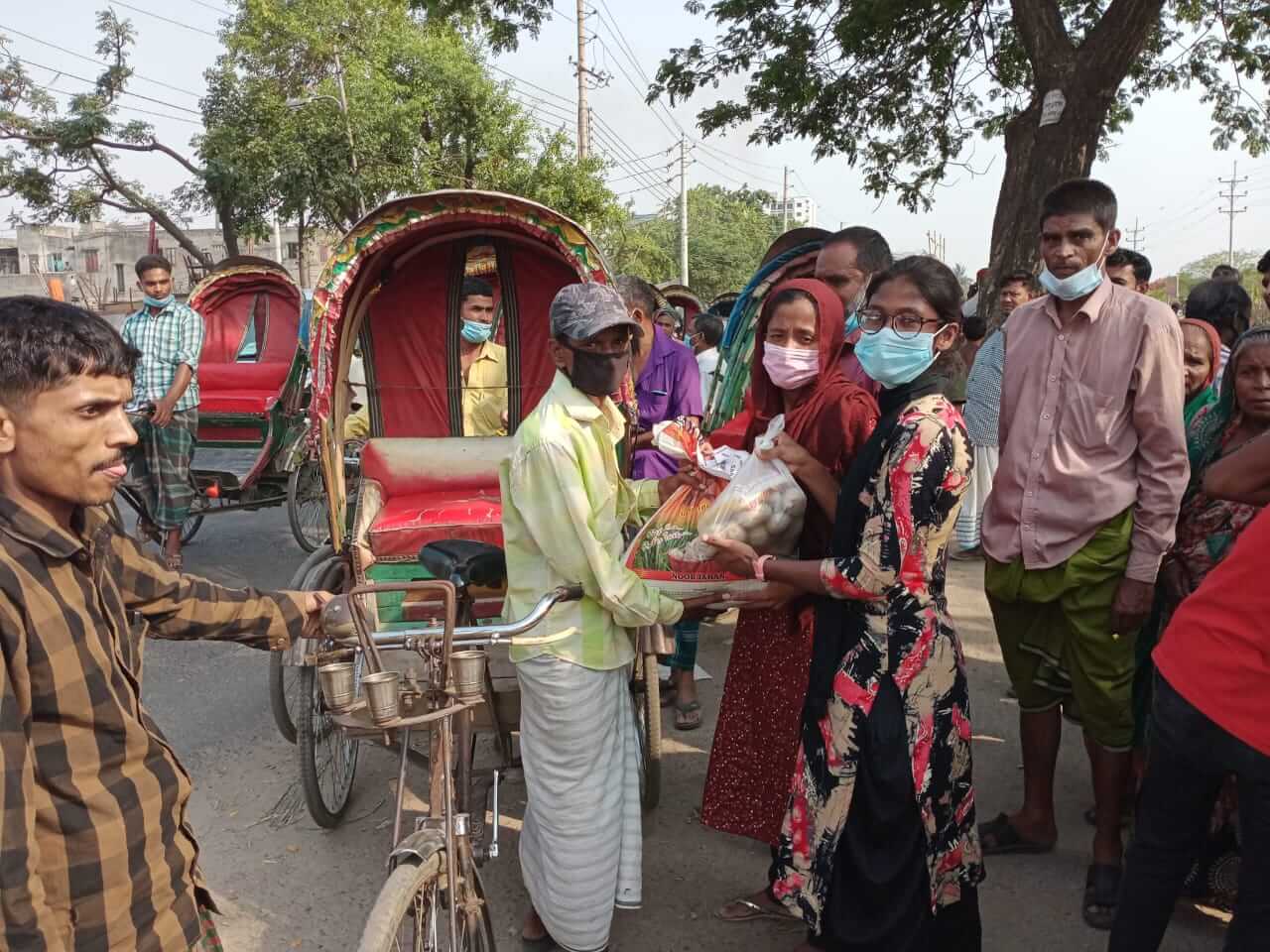 In this global pandemic, LEEDO’s social workers are moving from one end of the city to the other for helping the needy by ignoring hundreds of restrictions, and their own health awareness. Even though we can’t sit in one place, there is a constant effort to deliver food on foot. After receiving a bowl full of cooked food, these street children smile reflect in our mind that all obstacles are overcome. No food, no place to stay, nothing with them. The street is the only shelter for those but they are not able to take shelter on the street now due to Corona. 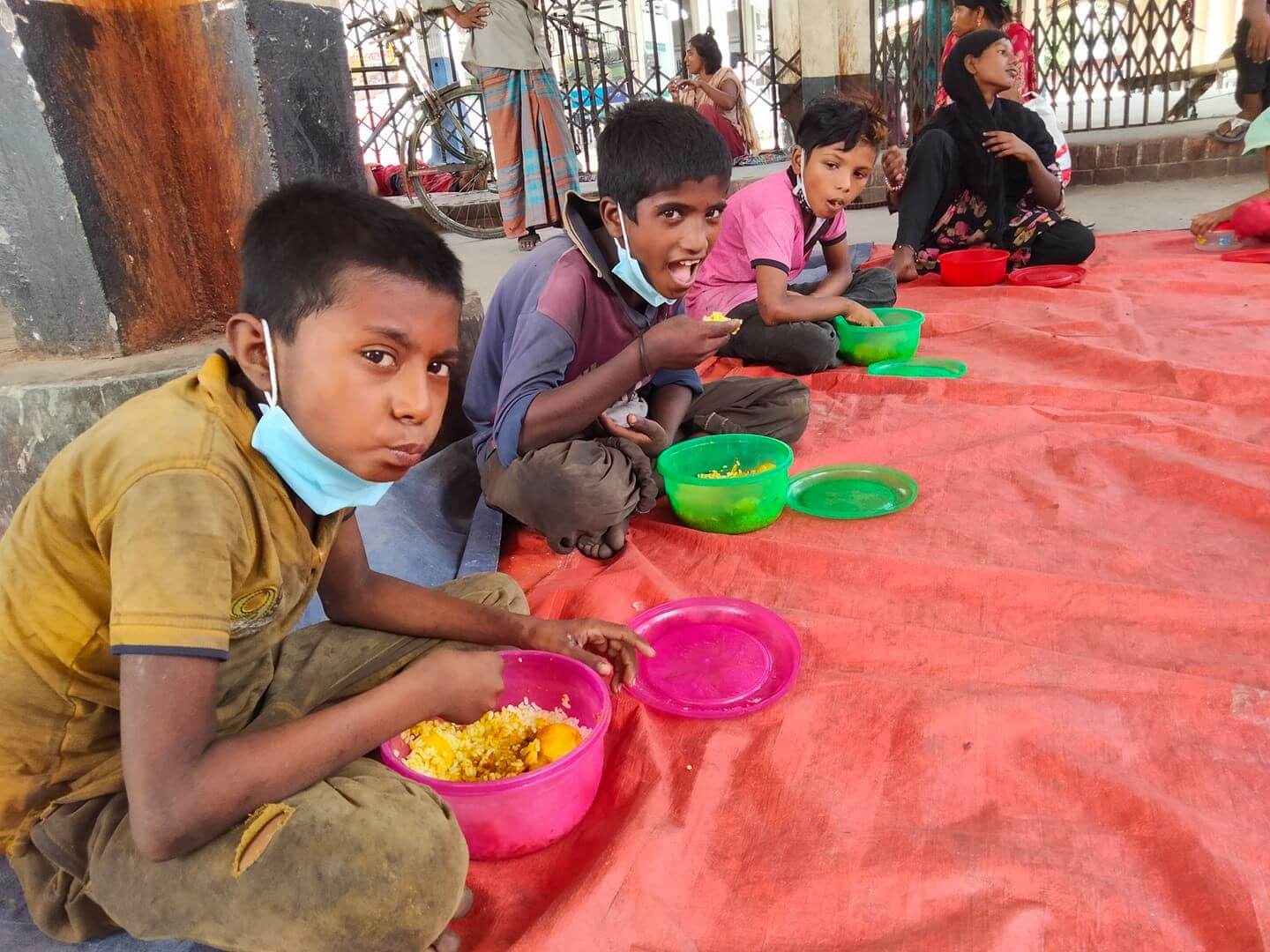 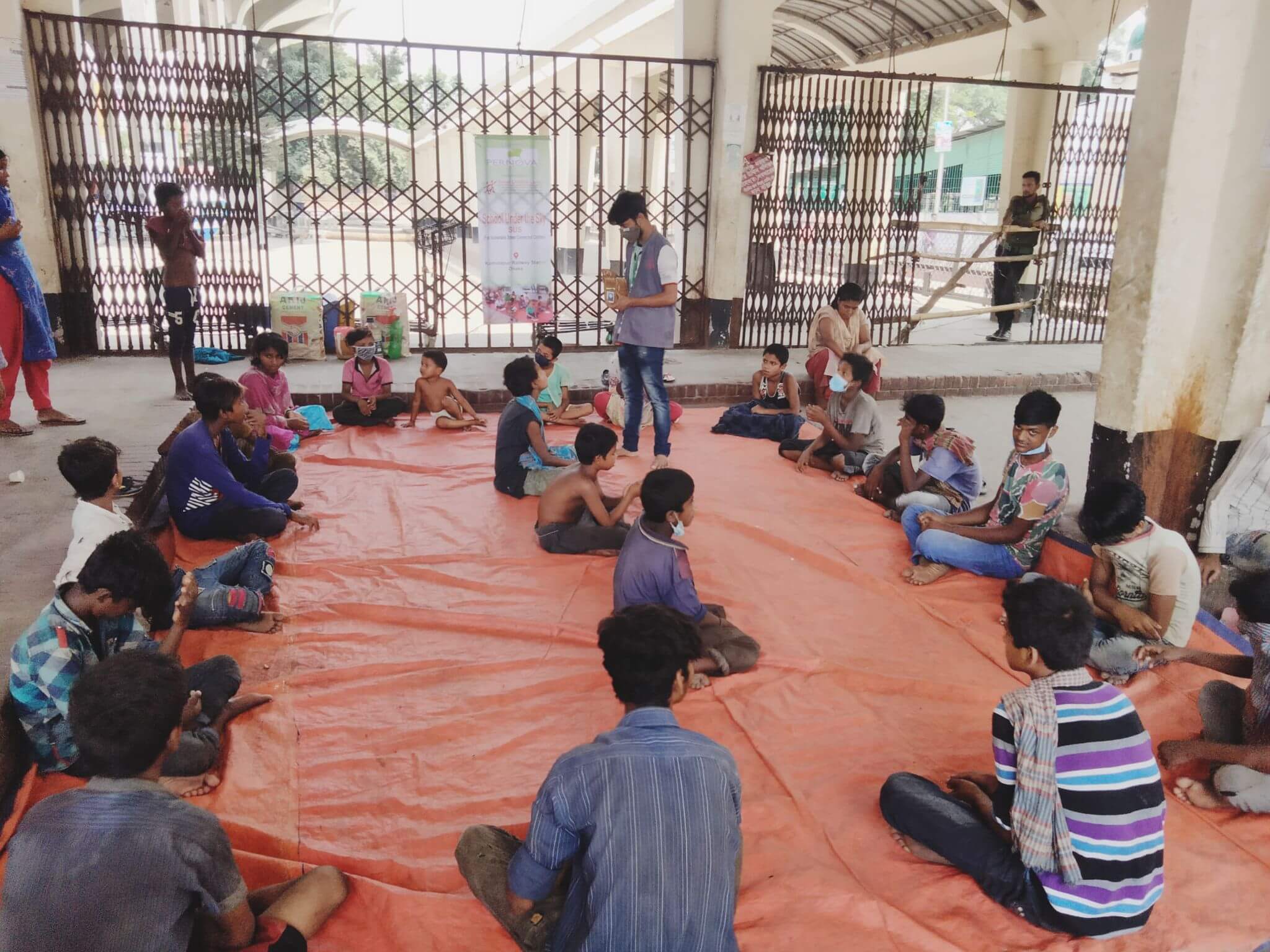 The law is preventing everyone with provisions. Rather than handing over a packet of food, they are being chased away from the street by the fear of sticks. Those who can’t speak out. No one listens to them. The state and the government have made them so weak that they cannot bargain. They cannot utter anything. They are pushing shoulder forward by tying up their hungry stomachs. If they had a force in their throat and a strength in their spine, they might have said with the utmost strength that the state and the government do not want to give rice, but they are ready to kill them